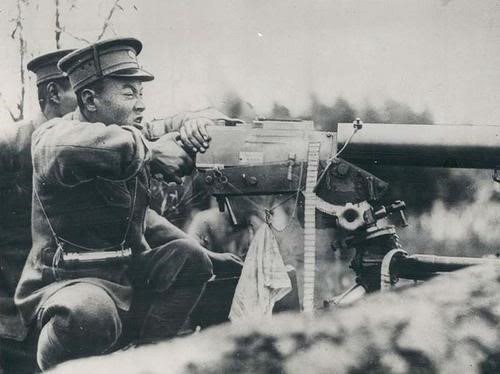 The main tournament was now on with everyone being split into three groups with an individual winner being found from each group. I quite liked the idea as it spread prizes and avoids the sometimes threatening structure of competitions. Other UK ones have apparently lost numbers to campaign games and I wonder if this is due to some people getting beaten so heavily and continuously that they don’t want the hassle. This structure increases winning opportunity whilst losing some overall bragging rights. Anyway after having a lovely night’s sleep my first game was against Martin Mayers. The first round theme was bridge attacks and having looked over them we decided on the ‘Marco Polo Bridge Incident’. Both of us wanted the Japanese so we rolled for it with the loser getting the balance. I lost so gained the KMT. The balance was a SAN increase to 4 which Martin then avoided rolling bar once and instead rolled several three’s.
Now I have not mastered much in ASL but I am happy with certain nationalities. The Chinese are not one of these (and the Italians). I think that beginners making bone headed mistakes are better served by the Japanese or Germans/British as those Nationalities are a lot more forgiving than doing the same with some others. Setup: Martin obviously is not afraid of stacking which makes him either a very good player or a very bad new player. Unfortunately he was not doing ‘new player’ stacking.
Anyway the defenders set up in three huge stacks. I resolved to hold the right hand side of the city in strength and then use the large reinforcements to maybe take back a couple of buildings on the left. Things went very wrong very quickly. For one thing I had played so many dense jungle scenarios the day before that I still mentally considered woods inherent so moved a large stack of my southerly reinforcements (three squads plus my neg one officer) behind them as a screen only to get hit with a two down two which broke them all (at least that’s my excuse, blindness and basic stupidity would also cover it I suppose). I then repeated this feat with another four counters by not noticing a lonely Japanese squad had a line of sight passed a building that I had thought blocked.
So with most of my reserves cowering ineffectively miles from the action I would have to be super humanly good to hold my buildings. Unfortunately for me Martin was a master of the IJA and with a beautiful smoke placement Banzaied over and crushed my central defenders very rapidly indeed (I think by turn 4 I had managed to kill one Japanese leader and lost 40% of my Order of battle in return). The initial attack through the smoke. I would lost all these combats and all those final fires did nothing at all.
In a desperate attempt to pull something back I had pushed both my armoured cars into the Japanese rear hoping to overrun a largish stack of two plus mortar in the road but promptly lost the rear car to the Japanese medium machine gun which rated just enough to demoralise then kill the escaping crew. This caused the lead car to need to make a move check as they had to use platoon movement which it promptly failed stopping just before the overrun. In an further attempt to make the best of a bad thing I swung the vehicles turrets round to try and pick off one of the IJA reserve cars and a veritable hail of fire went backwards and forwards but as I consistently hit the two armed hull and missed without rate I did not have the luck. On the other hand after the first IJA car had rated once, hit twice, both hitting turrets (but missed) then the second car rated four times, hit four times, all turret hits and just when it failed to rate it did enough to blow up the car with no crew survival.

My last remaining armoured car has just been stopped as its platoon movement failed. The dm counter marks the crew of the other armoured car who are just about to killed by the continually rating IJA MMG
I had little chance of winning at this point but continued as we were close to the end and it was a fun game. My reserves eventually rallied but were too far off to impact much and I did managed to damage a few more IJA. In the last turn I had one of those mad suicidal rushes hoping for exceptional luck to try and take a few buildings back.
We all know that we have lost the game turns ago if we have to go for this. I vaguely remember ‘Day9′ (a famous Starcraft caster) talking about analysing defeats and saying that most people tend to concentrate on the madness right at the end of the game or the last huge dust up and don’t realise that it was earlier, often less spectacular, actions which set up the defeat long before the apocalyptic last few actions. Here that fact was nothing less than obvious. I think there are around four typical ‘losses’ any game can have. In my opinion they are as follows
Now I think that ASL has managed to quite successfully mitigate the first in a lot of cases there is always something to do or some last ditch chance of victory which is some reason why putting aside five hours and taking a loss is almost a minor consideration.  The other three are much more common but since they all involve the losing player still having a chance (however unlikely) this makes a satisfying game. For this game it was the second category.
Back to the game I did manage to get a conscript into a building (woot!) but failed to get a squad next to an IJA car for a close combat and failed to get anywhere near the other buildings.