Showing posts from April, 2020
Show All

We are continuing our early war Croix de Guerre scenarios with this fun mashup set 14th May 1940. The Germans are refuelling their armour by a large Chateu so the Panzer's crew have temporarily abandoned their vehicles protected by a small group of infantry. Considering the huge masses of French infantry about to arrive you might consider this as a defensive scenario for the Germans but it is anything but. The Germans are not amazing quality but the French are appallingly bad and as the game goes on the Germans get continuing reinforcements so that by  the end of the scenario they should have almost numerical equality. When you consider that the French are all Green so will be shedding soldiers throughout the scenario with very little chance of rallying and this gets much harder for the soldats. The map is also cunningly chosen. The Orchards are in season and the German start formation must set up within 2 hexes of the Chateau. This means that a lot of the approach paths
4 comments
Read more 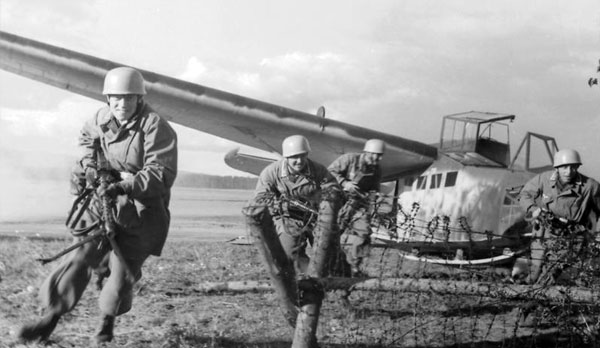 Next up we have another CdG scenario early in 1940. A large force of Spahis (originally light cavalry recruited from Algeria, Tunisia and Morocco) are pushing towards a bridge on the outskirts of Aessan. This is defended by a mixed group of elite German Glider troops and some regular army anti-tank formations commanded by a Luftlanekommando Werner Hedderich. I have the German defenders so have several elite paratrooper squads along with a door-knocker anti-tank gun a medium machine gun and some 1st line regular infantry. Standard excellent German leadership will be needed as there are a lot of decent quality Elite French coming our way along with three H35 tanks. Setup I decided I really didn't want the French sweeping in from the right so setup my defence to nudge them in a more central direction. Machine guns commanded the roads and a sacrificial half squad sat on the edge to prevent anyone sneaking around the flank. My intention is that the 2nd row troops will hold back
Post a Comment
Read more 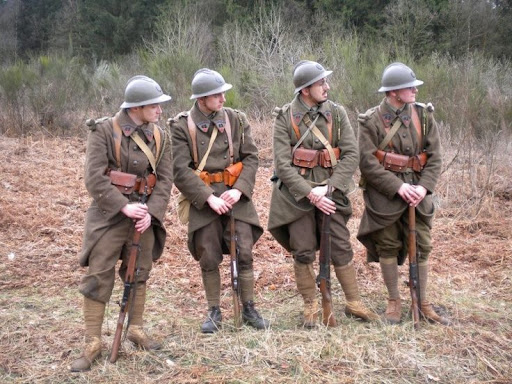 Ok lads, lets patrol that village over there. Looks empty. Hmm you don't seem keen It is the 8th September 1939 and a formation of the 'Gardes Frontaliers' is about to get ambushed by advanced elements of the Grenzschutz in the village of Berensdorf and to run pell-mell back to the frontier. I get the French in a the welcome return of a VoiceWithBoards game. This is not a very complex scenario but does have an unusual setup. I start up practically next to the ambushing forces and then have to get a certain amount of exit victory points off of the South edge of the board. The more troops the Germans manage to kill then the more exit points I need to win. Therefore my primary decision on setup is how many speed bumps to leave behind. I do have a couple of advantages. The first is that unlike the historically 'second rate' leavings that tended to be forced into the Gardes Frontaliers mine are actually 1st line counters. The second is that I have (I really hope s
2 comments
Read more
More posts