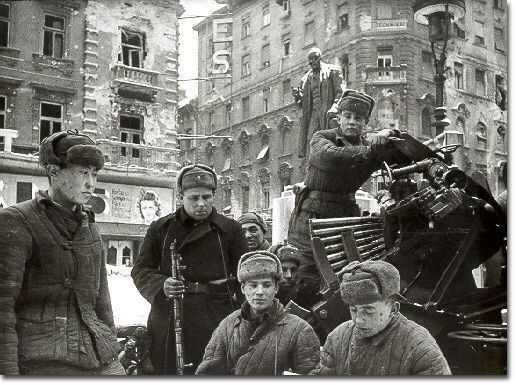 This turned out to be my final game with FargoGamer. Posted first in August 2014. Fargo had been involved in a row with some other ASL players on game squad concerning the Scottish Independence. Fargo was ‘for’ and several others were ‘against’ and it got very nasty. He decided to take a break from the game soon after.


This had a bit of a rushed start but eventually I was given the setup. This is a fast, low turn, action scenario with not a lot of time for more delicate manoeuvre. I am playing the Russian’s attempting to seize by coup de main a section of Budapest and using my favourite nicknamed Russian Tanks (the evocative ‘the Bitch’) to do so. Issues are that the Hungarian defenders have a lot of toys and fortifications, the lack of smoke, difficult victory conditions and short time. In this game the Germans had set up an aggressive forward defence, most of the Hungarians out of the buildings did pin at start due to some horrible die rolling. Setup: I did my best to stay out of sight and hopefully allow my infantry to ‘trip’ any traps.
Not having much time I decided to charge my Russians forward to try and draw fire from the guns and hopefully reveal them.  This worked and didn’t work. I lost two officers and one squad broken to fire with another pinned but did manage to get a mortar and at gun to reveal along with a nastily placed minefield. I also managed to get a 6-2-8 in combat with the mortar – my oppo decided not to strike back (as he was concealed I think he was hoping to move back out of combat) but at 1-1 odds with hand-to-hand I rolled a handy 4 (needing 7) and wiped the crew out. The squad then lost in the German turn to a point blank critical hit from the gun itself that broke them then destroyed them with a rating follow up shot. Not so bad though as two of the heavy weapons were now revealed along with the mines. A further advantage garnered here was that when my brokies were routing back i found a path that avoided interdiction. My opponent decided to prevent this by revealing one of the HIP units – his other anti-tank gun. This was possibly a mistake as the gun was otherwise well placed to hurt me. I had deliberately kept the tanks out of the open to avoid HIP units and now knew where the major ones all were.
On the German turn much skulking occurred  and my fire failed to hurt the only remaining target (the Hungarian anti-tank gun). Turn Two – The large German concealment counter in the North is not on board but a reminder to myself that this is the location of the Hidden German anti-tank gun. We stopped for almost a month now with ‘life’ interfering with play for both of us..
On restart I continued my original plan – to be very aggressive with  my  infantry and protect the tanks. This proved surprisingly successful. In the North West I managed to get one 6-2-8 next to the defending 3-4-7 at the cost of having three other squads pinned by a combination of fire lane and first fires. I also bypassed two tanks up there intending to eventually threaten the north flank and that HIP tank. One tank stopped to ‘help’ by shooting at infantry on the cog rail with the other keeping in motion. In combat the lone surviving 6-2-8 killed its opposing squad without loss (I decided to not declare hand to hand in any of my combats this turn). In the center it was more of a mixed bag. I shuffled forward as many squads as I could but the combination of wire and even more of those annoying minefields plus the gun continually rating and intensive firing destroyed one entire squad and broke another.  Eventually ‘idiots luck’ intervened and my last squad a lone 4-4-7 moved into the minefield and was hit by a one mc which it snake eyed and went berserk at these scum daring to shoot at us – but more importantly giving it enough morale points to charge onto  the gun itself. The triple point blank was ineffective in both cases and in the combat (no ambush ;)) I killed the crew. This particular squad was then hosed by the machine gun next door and whilst routing back through the minefield triggered the German sniper (who killed a broken 8-1 officer down south) and eventually resulted in the death of the entire squad. Swapping a squad for that gun was worth it though. My oppo obviously thought the same as he moved a psk touting squad over it with the intention of picking it up and using it again the next turn. Down south my attempts to get squads next to the boys in G35 again almost failed with a succession of brokens but I did manage to get one 4-5-8 next door and this advanced into combat (cx’ing in the process). I was concerned about this especially as if my oppo got an ambush he could hand to hand me and likely kill the squad. As it stood though I rolled a 4 moving up to 5 (due to the cx) and my opponent also rolled a 5 (moving down to a 4) so no ambush huzzah!. Again I killed the enemy squad and survived myself so all in all some very jammy successful combats.
Some of my opponents next turn has been covered but essentially there was a lot of skulking and the one unit which did not (the 9-1 officer, medium machine gun and squad in F33 was hit and missed by the tank in C38 but then shot at by the tank in A35 which had acquired at the end of my turn two and that shot rolled a 3 critical hitting it and killing all plus destroying the machine gun.  A lucky shot!!. End of Turn two – all of the fortifications are out there and things are looking darker for the fascist defenders.
We again stopped for a month or so as life continued to kick us in the balls but also as we are not rushing and there is a lot going on in the game.  I am starting to run out of infantry which may be a problem but also have a good chance to deal with the active gun and possibly the re-crewed one and start pushing pressure on the remaining Hungarian units. My turn three went well. I pinned the Hungarian with the light machine gun in preparatory fire and then ran a half squad next door to draw fire. Next up I shifted a tank behind the HIP gun hoping it would swing around and reveal itself (it didn’t) so instead ran across the two 6-2-8’s. For once my enemies gun fire was bad and the first squad survived a point blank shot and another from the lead Hungarians in the E31 building. The other squad was not so lucky and was hit with a critical intensive fire shot but only broke. Knowing that had now fired my next job was to neutralise the other gun and I used the squads on the wire for this. Typically the first (and largest) got stuck on the wire but the two half squads squirmed next door with one breaking and the other surviving. This allowed free movement for my tanks and somewhat tortuously I moved two to the right of the Hungarian defenses to block rout paths and another straight up the road. The turn ended with the Northern gun crew being massacred in close combat and the southern squad casualty reducing. My oppo decided to resign at this point as I had his forces surrounded, heavily outnumbered him in infantry and had all tanks placed to shell. . Final placements, the melee counter has a squad and a half of Russians versus a half squad Hungarian. The remaining active Germans can be seen under the grey and brown acquired counters to the north.


It is nice playing on the larger map again and we have decided to try Red Barricades campaign game I next time on VASL (perhaps with email in between play)  I posses the boards but they are to large to set up and put away whilst playing over skype so we will see how that goes….