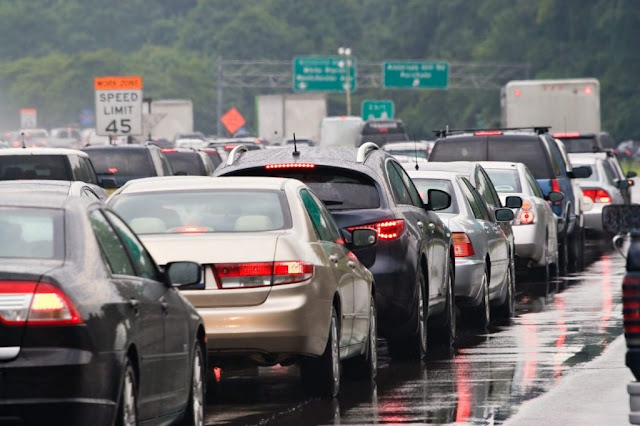 K this repost was an extended moan at the journey to the tournament and was posted early July 2014.


So I have finally managed to get to an ASL tournament. Since there was a lot (for me at least) of ASL played and as I have a tendency to drone on a bit I have decided to do a post for each game hopefully fairly rapidly over a week or so.  They will be simple AAR’s as I have had limited time to fictionalise things. If you just want the AAR’s and ASL then ignore the rest of this post (which has rant mode fully enabled) and start with the next post  as there will be very little ASL following in this one.
What was nice was that I started the tourney in a very grumpy mood (reasons will follow) but was very quickly happy. Why grumpy? Because the journey down was a right b**tard.
My problem here is that my wife works nights (and weekends) so if I did not want to get up at 4 and drive down in the morning I would have to leave after she got back from work. So this is what I did. I had warned the Collage (who were supplying the accommodation) well in advance that I would be arriving very late and they had provided an ‘out of hour’s’ number for a night warden who could let me in to my room. So far so good. Anyway in Britain, apparently, late at night is when they decide to shut half the roads or to push the motorways down to one lane so you can drive past acres of traffic cones with no one working (I only saw a 40 metre section of road being worked on over what must have been 8-9 miles of roadwork’s at various points). So rather than be an easy ride through empty roads it turned out a lot more packed than expected especially when some incompetent git tried the following trick on the M25. First they took the 4 lanes down to 1 lane. This naturally took ages to funnel the traffic down but once inside traffic moved at an unexpectedly slow 20 miles an hour through the 1 lane until the roadwork’s ended and the road expanded back out to 3 lanes, great!. Then a mere two miles later they bought it back down to 1 lane after everyone had shifted to all three lanes causing another god awful jam. Only a British road repair would not think about perhaps keeping one lane open through the lot…
Anyway once past the M25 I arrived an hour later than expected at the college (where the tourney was being held) at around 1:20. So I rang the duty warden only to be told,” Oh sorry, we gave all the keys to the organiser so we can’t let you in – you should contact them”. I did point out that it was after one o’clock in the morning and presumably he would be asleep? To which the response was,” Oh, yes, sorry”.
Nice. So I was faced with the prospect of sleeping in the car. Not feeling like this I used my phone to look for a cheap hotel. It found a ‘Premier Inn’ three and a half miles away. This was not so bad and was still close. So I set off. Now I hit my second snag. I don’t usually use phone car-navigation systems and though it got me there it took me on a fantastic wide ranging tour of all of Chelmsford first taking in the town centre along with what appeared to be a dirt road for cows and eventually parked me next to the hotel on the other (wrong) side of a dual carriage way causing me have to drive a further few miles to find a roundabout to allow me to come back on the correct side. End result arriving at the hotel at around 2 o’clock in the morning.
I stagger in and ask if they have any rooms spare – “Yes, we have one, hold on that has not been cleaned so no”. grrrrrrrrr. A staff member goes to check and after ten minutes returns with the happy news that the room has been cleaned and must have been wrongly marked as not.
“How much is the room?”
“Ninety pounds” (so $140 ish)
So as I was desperate for a bed I paid up. Now I had been hoping originally to wake early enough to go through the scenario cards and maybe read up some AAR’s (sitrep had covered a couple of the Friday’s scenarios) but now I had to factor in a journey back to the tourney and a need for emergency sleep so instead I woke up as late as possible, had a nice breakfast and gave myself an hour to get back.  Now I was ‘clever’ here. Since the route was unduly complicated a few hours earlier I thought I would just get on the ring road and get off a few junctions later. Unfortunately for my sanity the ring road around Chelmsford either seemed to follow a wild naming convention which had the same road appearing what appeared to be three to four times (A414) or I was seeing treble. Naturally I came off at the wrong one and went merrily journeying back into Chelmsford town centre again. Now nicely lost I had to switch my phone navigation system back on again and it got me to the location with around a minute to spare. So I wandered off to find the competition and at least sign in. That being done my first game opponent kindly offered to walk back to the car (at the other end of the campus) to get the required pieces and maps and I could finally start.