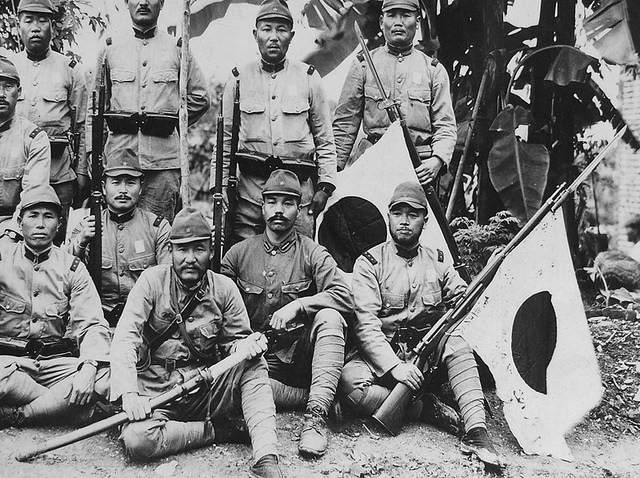 My next game in the mini was ‘Parting Shots’ versus Pete Phillips.


Now Pete is a ‘stalwart’ of the UK ASL scene though from some of his tales ‘drunkard’ of the ASL scene might be more appropriate (caveat: he appeared entirely sober throughout the entire tournament though some of his tales of inebriation seem enormous). Now I had a weak bone to pick with Pete. Years and years ago (around 2006 I think) I had been looking for a new hobby and decided to pick one that involved actual players who were local and did not involve me having to travel miles or play online to do so and had come across a VFTT where I noticed the main controller being Pete, who lived in Leicester very close to where my wife’s parents lived and around twenty minutes from me. That would do! So I started squirrelling gear. Initially all three starter kits, Beyond Valor and the full rule book. After a few months of solitaire self-teaching I decided to get in touch and what did he say –“ I have just moved to Scotland, sorry!”….*(“$^£%£**!!. Now my first son was born end of 2006 so I shifted to Model Ship Building until I started a house extension that knocked down my shed ;( so whilst looking round for a new hobby again tentatively re-looked at ASL around 2012 using potential Skype playing as my excuse for the wife. Still either way Pete is either treacherous for randomly moving eight hours drive away or the reason I started playing ASL at all.
Irrelevancies aside we again decided amicably on the scenario (my only stipulation was no beach landing scenario as I don’t care how simple the rules actually are. I still have problems with basic armour let alone adding boats into the mix). So we decided on ‘Parting Shots’. Here the Japanese are advancing up a railway when they encounter yet more of their personal kryptonite – more Gurkhas. Objectives are buildings which split fairly evenly on both sides of the railway with a small carrier force arriving near the scenario end making the buildings closest to the far board edge precarious to hold. As with the last scenario the Japanese start massed next to the railway line with little else to do except re-acting to what to they see as opposed to planning what to do prior to start which as with the previous scenario I still like. Setup. The Japanese Sniper can be seen in the T shaped building that was the final location of the remaining Gurkhas.
Pete set up much the same way as I would have done (perhaps a little stronger in the front line). His intention (explained later) was for a strong front line to delay me whilst progressively falling back on reserves putting me under time pressure. Seems sensible.
I decided that aggression was the better part of valour and stormed forward (costing me a striped squad and wounded officer first turn) but at the same time splitting the screen in the centre causing a very strong concealed force to fall back more to the right edge of the board and the rest of the force to a T shaped building just beyond the little stream. Pete was obviously playing for ambush victory as he steadily refused to lose concealment and just withdrew attempting to entice me to advance into a -3 ambush roll which I was hoping to avoid. So at a key point I resolved to do something stupid. On the right I moved an officer with two squads across open ground ignoring the enemies’ forces on my right. I thought that this target would be so juicy he would have to lose concealment allowing me to advance into contact with other forces and stop the shadow games. At worse I would on average stripe/wound. This worked and a stack was revealed (two full Gurkha squads) and let off an eight minus two which resulted in no damage at all. I was unable to do much to the now revealed squads but was able to pin (literally not game wise) his flankers to the right. Pete’s rear here was protected by what turned out to be a concealed squad plus neg one officer and a half squad with a mortar. The mortar squad fell back to the next line of defence so I used my mortar and dropped a white phosphorus round on the other defenders. Luckily I had exactly one round and this stripped concealment and the resultant morale check caused the squad to break. This allowed me to charge round the rear and capture the lot for failure to rout with no risk to my own boys. I executed another squad on the right side as I was nervous of having a squad with prisoners standing next to two unbroken full Gurkha squads  not being confident I would not lose them again. But either way a turn later than otherwise would have occurred I  was eventually able to destroy both two squads on the right for rout failure plus the mortar squad in combat. This basically cleared the entire right flank by around turn four. The White Phosphorus can be seen on the right though the contents of the hex (the dm and British officer have been a little more spread. At the bottom of the picture the remaining Gurkha's are valiantly attempting to stave of the inevitable.
I was quite pleased with that smoke, rout paths cut combo which is something that I assume most ASL players regard as their bread and butter tactical operation and in the entire tournament the four squads plus officer taken out captured or through failure to rout was my most successful tactical move all weekend.
On the left I had white phosphorused in front of the T shaped building (after smoke was out) which allowed me to get two squads and an officer into the rear of the left flank unopposed and another squad in combat in the building. As with my combats in the last game I proved incapable of killing anything and my enemies adapt at doing so. I was starting to wonder if all my troops were armed with balloon swords as opposed to the real thing… Anyway all the remaining Gurkha’s were in that building or south of it and would have to come out of the building and attack me to stop me seizing all the remaining target hexes. Even with the reinforcements Pete could not see how he could win and conceded. End Game position. As can be seen the right hand side is taken and what little remains on the left has already been outflanked.
Another good game and as Pete also went on to win his own main tournament group he was also in form. Without my lucky suicidal open ground move it would not have happened though.
Tomorrow the tournament starts proper.