For years I have had (some) issues with dice towers. I used two commercial ones until now. One is a plastic thing that dismantles (very) easily and every now and then dismantles when a dice is rolled in it with the various parts doing a 'Colditz' and escaping under any local furniture and the second a cardboard contraption that did the job but, much like the plastic one, had some issues with either losing or having the dice end up at an unusual angle. My default game rules aside (cocked dice or a single dice exits the tower and both have to be re-rolled. No 'I will keep the one and re-roll the dice that was cocked or exited etc) I eventually took the plunge and ordered one of Mario's (Sgt Essig) hand made ASL towers.
Pre-Order
Initially after indicating what design you want (and there are several getting more and more complex/useful). I just had a look through some of the facebook tower posts and picked one I wanted. In my case it was the default simple tower. Next up I chose a photo for the front face. I loved the original towers German soldiers 'in mist - much like gorillas but with smgs) but decided to show some national loyalty so found a nice picture of British soldiers training (the Black Watch I believe). Once this is done then you pay a deposit and Mario gets to work. He is busy with lots of orders so he also gave an accurate indication of how long it would be.
Building
Whilst the dice tower was being created you get several emails showing photos of how things were going which keeps you nicely in the loop.
Completion
On completion you get more shots of the completed tower then paypal across the remaining cash. Mario then mails the tower and also emails you the tracking slip so you can follow the parcel.
Arrival
In my case it took around five days for the parcel to arrive (international as it was moving from Italy to the UK and covid being active).
The tower
Packaging.
The box came well packaged with plenty of filler to stop transport damage plus the tower itself was bubble wrapped within the filler paper. 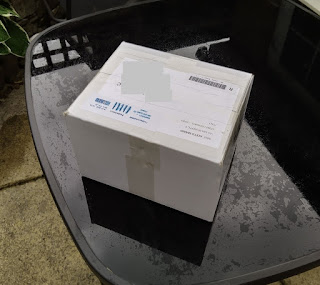 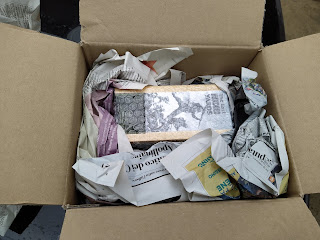 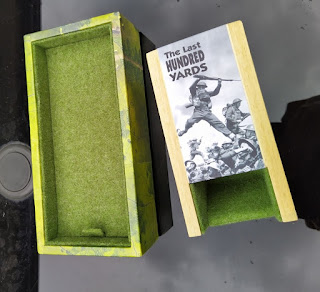 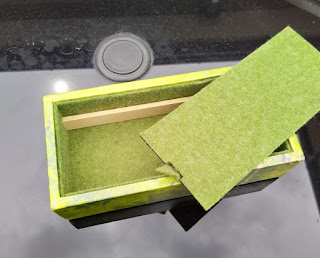 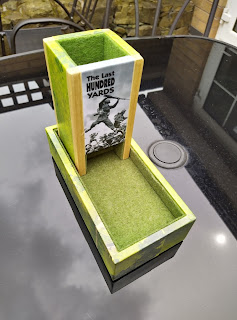 Use with Battle School Dice
The tower easily takes battle school dice and is pleasantly quiet (due to the felt). It is possible for a dive to get caught at the top so I found dropping in straight was the best. Due to the size of the base the dice also seem to rarely hop out of the tower once rolled. Initial tests showed the dice appeared consistently random. 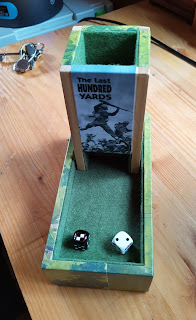 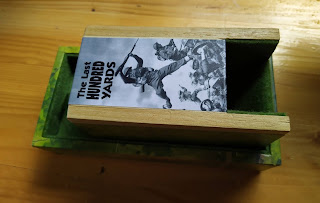 Conclusion
I am very pleased with the tower and would recommend it strongly, Compared to most commercial towers these are not cheap but equally not as expensive as you would think considering they are hand made and essentially unique (in terms of the picture and wrap) and certainly not much compared to the cost of most items in the hobby. Mario can be contacted via facebook or via this email  Info@latorredeidadi.it   direct so if you want to improve your gaming experience then these are a great choice. Thanks for reading this quick review!